In the southern Negev, approximately 370 mountain cult sites (called ‘Rodedian’) are known (Figure 1). Most are attributed to the Pre-Pottery Neolithic B and Late Neolithic, eighth to sixth millennia BC, containing unique features and artefacts, such as low, stone-built installations and cells, standing stones, perforated standing, anthropomorphic stone images, stones stone bowls and others (Figure 2; Avner et al. 2014). One such cult site, Naḥal Roded 110, situated around 6km to the north-west of the city of Eilat, was excavated to assess its chronology, material culture, organic remains and spatial layout, and to elucidate site function and palaeoclimate. The site covers an area of approximately 150m2 and lies at an elevation of 420m asl within a small, igneous rock embayment. First surveyed in 2004, flint and stone objects were found on the surface, and a collapsed structure and hearth identified (Figure 3; Avner et al. 2014). Among the excavation results- exposure part of a large ash spot, at least 5 m across and at least 20 cm deep, ample flint items, seashells and hundreds of raptor bones. Radiocarbon and OSL dates presently cover the second half of the 8th millennium BC. 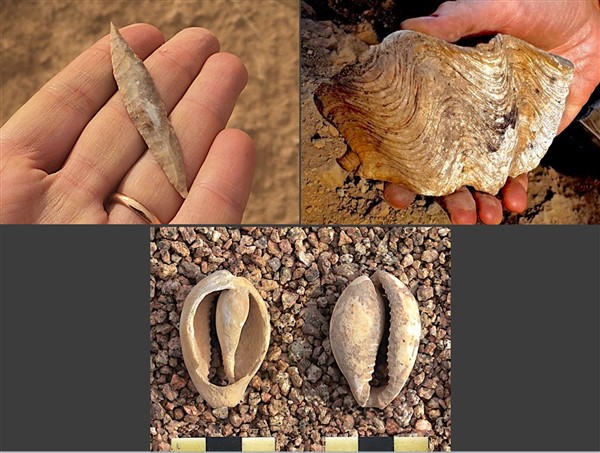 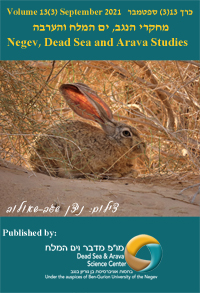