One of the problems associated with modern industry is the release of toxic chemicals to the environment. This happens due to inappropriate treatment in industrial wastes. Among these chemicals, one may find biologically active substances, some with hormonal activity. These Hormone-like substances, or endocrine disruptors, affect sexual behavior and fertility of exposed animals. The chemical 4 tert-octylphenol (4TOP) serves in the chemical industry as a precursor for glues, pesticides, medicines, emulsifiers, paints, oils and others, and vinclozolin serves as a fungicide. These two chemicals are classified as endocrine disruptors. The aim of this work was to test the influence of these two chemicals on the sexual behavior and fertility of male mice as well their weight gain, in order to demonstrate the danger of endocrine disruptors to the environment. The experiment consisted of 36 mice in the age of two months (just recently weaned), 12 mice served as a control group and drank only water, 12 mice drank water with 4TOP and 12 mice drank water with vinclozolin. Chemical concentration was 100 ppm in both substances.The mice were grown under these conditions for 66 days during which they were weighted every 2 weeks. At the end of that period they were introduced to adult fertile females from outside the experiment and the first 3 minutes of the encounter were filmed in order to document their mating behavior. The films were analyzed for the times and total duration of the various mating gestures performed by the male. The male were then left with 2 males for another 10 days and then separated. If the females gave birth it was a sigh that the male was fertile. It was found that both 4TOP and vinclozolin caused a slower growth of the mice, male and especially females. After 66 days, treated mice were significantly smaller than control mice. It was also found that both 4TOP and vinclozolin disrupted to some extent male sexual behavior and caused some reduction in both ano-genital olfactory inspection and mounting. Moreover, both chemicals were found to reduce male fertility to some extent. This study, thus, demonstrate further the effect of these two chemicals on growth and fertility of exposed mice and most probably other mammals, and further demonstrate the danger of the release of endocrine disruptors to the environment. 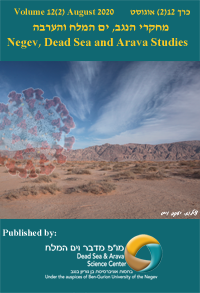