The bi-national (Israel-Italy) research project entitled “Integrative Multilateral Planning to Advance Rock Art Tourism” (IMPART) was jointly funded by the Israeli Ministry of Science, Technology and Space and the Italian Ministry of Foreign Affairs and combined researchers from the Dead Sea and Arava Science Center, the Israel Antiquities Authority, the Department of Hotel and Tourism Management, Ben-Gurion University and the Higher Institute on Territorial Systems for Innovation (SiTI), in Torino, Italy. IMPART focused on the urgent need to establish an interdisciplinary management plan to ensure the future protection and conservation of Negev rock art, a unique and vulnerable cultural heritage resource which currently is being threatened by an exponential increase in public interest and aggressive plans to develop the region for tourism.

Coordinated by Dr. Joshua Schmidt from the Dead Sea and Arava Science Center, the IMPART study involved two concurrent streams of research: archeological and socio-touristic. Over the course of the two-year study, the archaeology unit conducted in-situ fieldwork in Har Hanegev and used digital mapping technologies to survey rock art located at Ramat Matred. The results from this survey, which included both rock art and other archaeological remains, enabled the researchers to establish a baseline for contextualizing forthcoming conservation-cum-development efforts for Negev rock art. 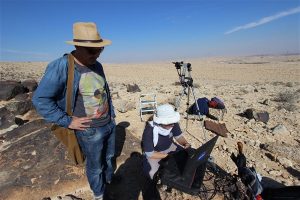 IMPART researchers Professor Natan Uriely, from the Department of Hotel and Tourism Management, Ben-Gurion University and Dr. Davida Eisenberg-Degen from the Israel Antiquities Authority, conducting Reflectance Transformation Imaging (RTI) within the context of IMPART fieldwork in the Negev Highlands, March, 2014

At the same time, in conjunction with their Italian partners, the socio-tourism unit combined theoretical research on rock-art conservation and tourism development with applied ethnographic fieldwork to ascertain a ‘best practices’ benchmark for the development of rock art tourism in Har Hanegev. To this aim, the researchers gathered extensive ethnographic data through Key Informant Interviews (KII) and a series of questionnaires disseminated among central stakeholder-informants from the public and private sectors as well as national and international tourists. 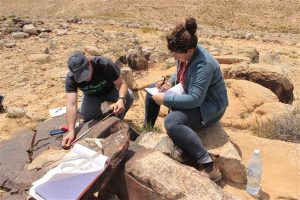 In December 2016, the IMPART team held a dissemination seminar in Mitzpe Ramon, entitled “Integrating the public-private sectors for successful planning, conservation and management of rock art tourism development in the Negev”. The aim of the symposium was to present to various professionals in the public and private sector the principal findings and research results from the IMPART study and then discuss ways for integrating the diverse parties in the future planning, conservation and management initiatives for the development of rock art tourism in the Negev. The symposium was open to the public and included invited attendees from the Israeli Ministry of Science, the Embassy of Italy, academics and international experts in rock art as well as representatives from the Israeli Antiquities Authority, the Ramat Negev Regional Council, the Mitzpe Ramon local municipality, the Israel Government Tourism Corporation,  the Har Hanegev Tourism Board, the Authority for the Development and Settlement of the Bedouin in the Negev, the National Parks Authority and a host of regional tourism operators, some of whom had previously participated in the study as informants and interviewees. 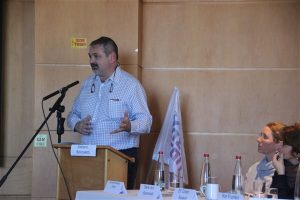 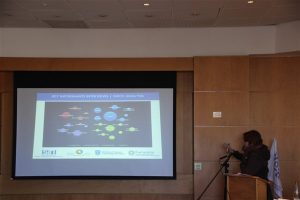 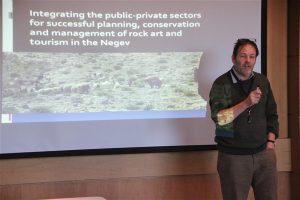 The academic forum and panel debate were preceded by a field-outing to the Ramat Matred rock art site where IMPART archaeologists gave a tour of the survey area and explained their main findings and the key insights that emerged from their fieldwork. Afterwards, the symposium participants reconvened in Mitzpe Ramon for lunch and participated in two seminar sessions. In the first, the IMPART team presented their findings relating to the overall thesis question ‘should we and how can we conserve and develop rock art in the Negev?’. The second session consisted of a panel discussion. The panel delegates, local stakeholders and Negev rock art experts, were asked to relate to their vision for the conservation of Negev rock art versus its development; the current stance and potential future role for the authority that they represent regarding management and development of rock art in the Negev; how specifically could their organization contribute to the success of this undertaking; and if, in fact, they thought there was a need for another rock art park beyond what is currently being developed in the Negev. 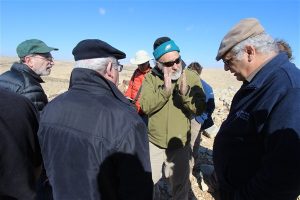 Taking into consideration the opinions, comments and analytical remarks voiced during the symposium, the researchers assembled a summary report of the IMPART research that integrates the findings from the combined archaeological, ethnographic, environmental and tourism research. Overall, the IMPART team found that future sustainable development and valorization of Negev rock art may be divided into four potential scenarios: 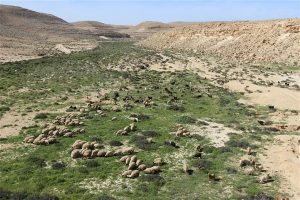 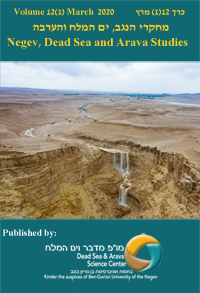